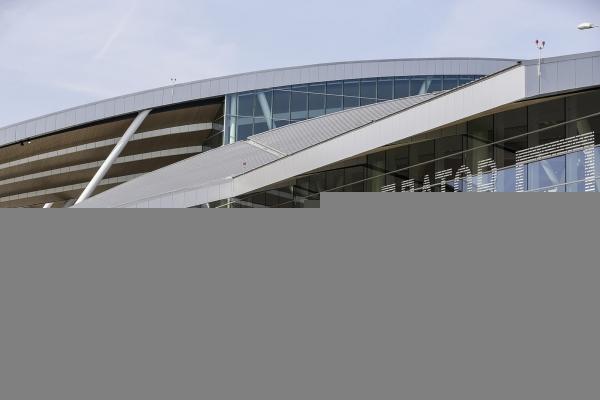 On December 7 year 2017, in Rostov-on-Don, a new airport began operations, receiving the name of the legendary Cossack ataman Matvey Platov. At 11 o’clock in the morning its runway accepted the first landing, it was from the fleet of a low-cost airline company «Pobeda». Since that time, the old air harbor, located in the city, has stopped sending and receiving aircraft – and all passenger traffic began to be carried out through a new hub, located 30 kilometers outside the city. 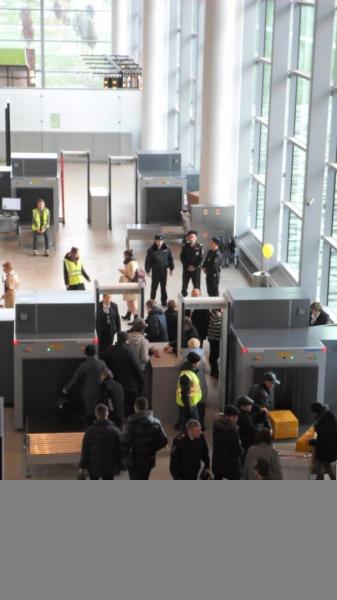 By December 2017, work on the largest infrastructure project of the Rostov region was completely completed. Platov is located 4 kilometers to the north of the village of Grushevskaya, Aksai district, very close to those places where the lands of the Ataman Platov – Hero of the Patriotic War of 1812- were located. However, geography least influenced the choice of the name of the new airport, in the voting for which thousands of residents from all parts of the Don region participated – and the Platov won the ballot by dozens of percent over the alternatives.

The construction of the airport took a symbolic three years: on November 1, 2014, the ceremony of laying the foundation stone for the terminal building was held, and on November 8, 2017, Rosaviatsia (Russian Aviation Ministry) issued a permit to commission Platov.

The new airport was the result of public-private cooperation, which involved the Ministry of Transport of the Russian Federation, the government of the Rostov region and the managing company «Airports of the Regions». The strategic investor in the construction was «Renova». The total budget of the project is estimated at 47 billion rubles, 19 of which were private investments. 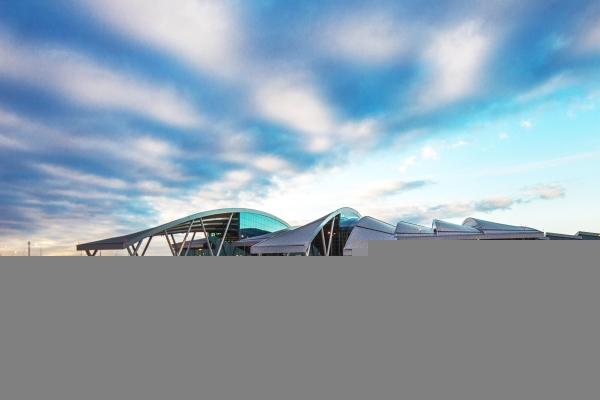 It is notable that the airport project with a famed Cossack’s name was drafted and executed by the British company Twelve Architects & Masterplanners and today is nominated to win the prestigious international award The British Expertise International Awards 2018 in the nomination «Architectural Design Project». In fact, there he has only one serious competitor: the Groupama stadium in Budapest, which hosted a series of games of the European Football Championship in 2016. Which of the projects will be recognized as the best will become clear on April 12.

Futuristic outlines of the airport’s passenger terminal in the Don steppe are visible from afar to motorists and bus passengers approaching it. Other facilities include it’s a cargo terminal, the administrative and technological complecies, the building of the special transport and repair service, state control bodies, Duty Free warehouses and logistics, a production building, a cynological building service, boiler room, command-dispatch center and means of radio-technical support. And, of course, the runway much wider than the old Rostov airport, capable of accepting any aircraft used in the world to transport passengers. 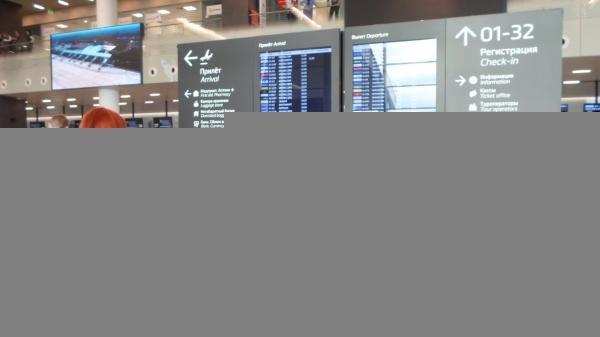 By the way, the transfer of flights from the old Rostov-on-Don airport to the new one – Platov – for the first time in domestic practice occurred without a break in the flights. On the first day of work, a new air harbor in the south of the country accepted and sent air passengers to cities such as Moscow, St. Petersburg, Norilsk, Ekaterinburg, Novosibirsk, Simferopol, Tel Aviv, Tbilisi and Yerevan. The arrival of international flights at the new airport has increased to 25 per day, and departure – to 24; including the countries of the Customs Union – 7 and 6 flights respectively.

In the fact that the air traffic of the southern capital increased by 32% in 2017, Platov’s contribution is very significant, although it worked at the a short time at the year end. If you take a shorter period of time, namely – winter holidays, the positive dynamics here is also obvious.

«Compared with the previous winter holidays, the flow of air passengers in the capital of the Don increased by 20.7 percent. The reason is the opening of new directions and the growth of the number of carriers, Olga Ladeishchikova, an official representative of the airport, said when answering questions of the «Rossiyskaya Gazeta».

The capacity of the new airport is two thousand passengers per hour. For their convenience there are 33 check-in desks and 9 telescopic ladders. As for the cargo terminals of the airport, they are capable of handling up to 20,000 tons of cargo per year. 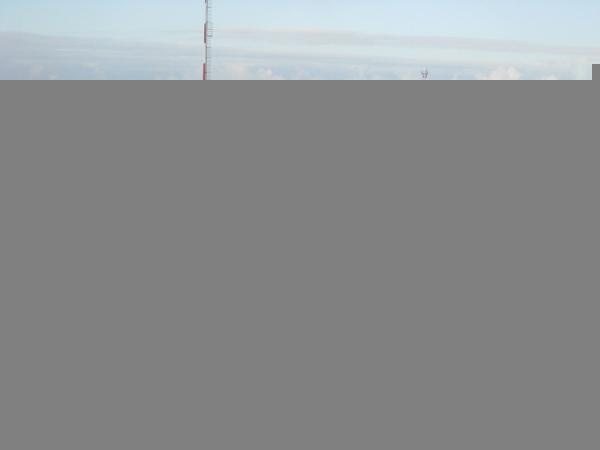 Platov is the first airport for a quarter of a century built, as it were, from scratch. Therefore, it was originally designed for the actual requirements for transportation and even with some perspective for development. Having a runway at 3,600 meters, the new airport is capable of accepting Boeing 777-300ER aircraft – that is, virtually any.

The degree of passenger comfort in the new air bay of the southern capital also corresponds to the most modern level. In the domestic and international sectors there are lounges of high comfort as well as a Priority Pass space. The convenience of passengers with children was taken care of, providing for children’s recreation areas; there is also a room for mother and child that has a bedroom, a kitchen, a games room and a shower room. 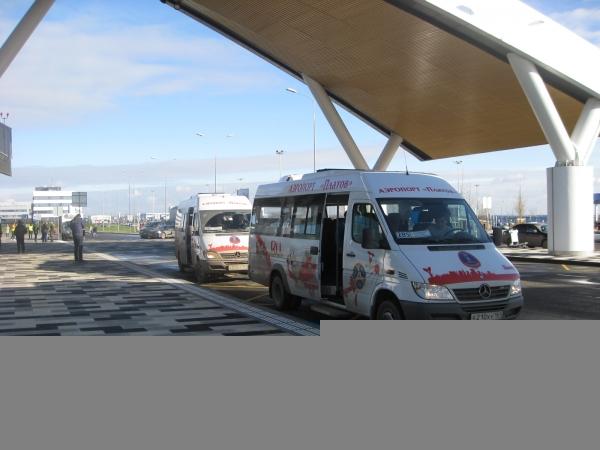 Autotransport service of Rostov-on-Don with the new airport is carried out by two dozen minibuses operating as a fixed-route taxi in a round-the-clock mode. In the daytime, the interval of their movement is about half an hour, at night – a little more: 40-45 minutes. The Mercedes minibuses purchased for these purposes are comfortable enough for passengers of 16-20 people – and at the same time have one significant drawback: there are practically no places for carrying their luggage, suitcases and bags must be placed in the aisles or in front of the passenger compartment, often at a considerable distance from the seats of passengers. The minibus route runs from the old and new bus stations of the southern capital to the passenger terminal of the airport; the fare in them is 65 and 95 rubles, respectively. In order to save time, minibuses follow the express train mode, making only one stop along the way. To get to Platov from Rostov-on-Don it is possible and by taxi – the cost of a trip there from the city center will be about 1000 rubles. 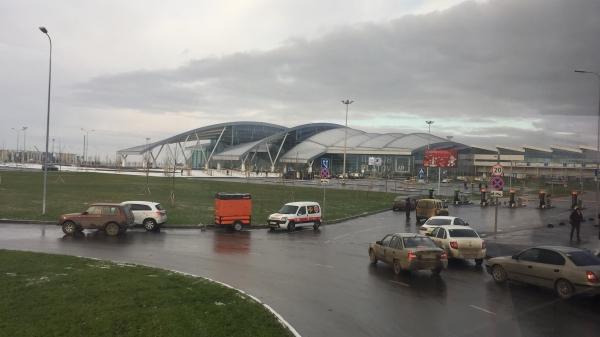 For those arriving at the airport with their own car there is a paid parking for 2500 cars. Free 15 minutes of stay on the airport’s territory will be enough to land relatives with things at the terminal building – it’s obvious that it will not be possible to stay with them during registration and to board for landing. Since the beginning of the year hundreds of Rostov inhabitants have expressed their displeasure with Platov on the Internet, in city forums and in their own blogs and pages in social networks. Most of the comments mention ill organization of airport commute and operations of in-airport services, like lavatories. Are the authorities of the city and the region going to do something about this is unknown. But it is obvious that the changes in the established regulations are necessary: ​​at the same railway station in Rostov-on-Don, the time available for free parking is quite enough to hold relatives to the platform and even put them in the car.

Perhaps, it is the motor transport communications with Platov that remains the most vulnerable place of the new infrastructure project implemented on the Don. And the problems discovered here in the first month of the airport’s operation require the fastest possible solution. After all, until the World Cup, when the load on transport, delivering people to the new airport in the southern capital, will grow at times, there are only a few months. 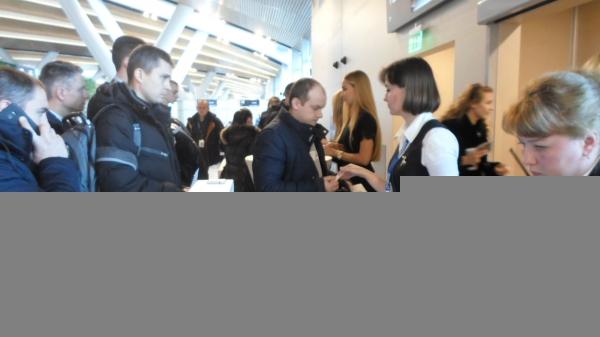 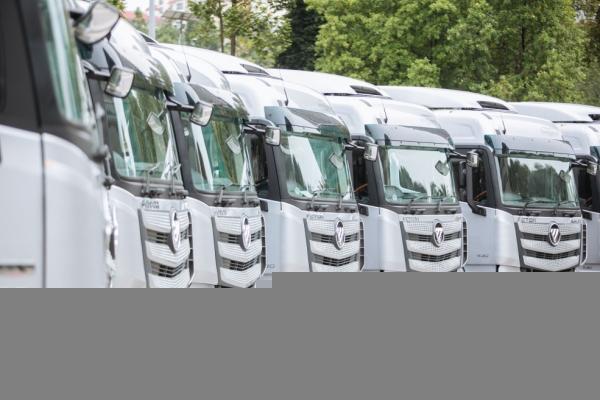 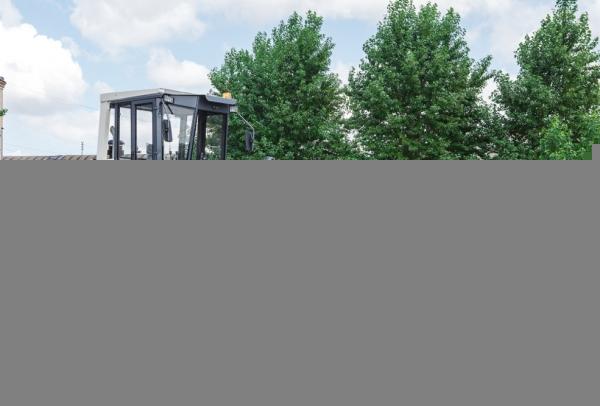